Home мир Pakistan’s PM to visit US next month, will raise drone issue with...

ISLAMABAD: Prime Minister Nawaz Sharif would visit the Unites States next month and he would raise the issue of drone attacks in Pakistan’s tribal belt with the Obama Administration, the premier’s advisor on foreign affairs and national security Sartaj Aziz said on Friday, Dispatch News Desk reported.

Making a policy statement on foreign policy in the National Assembly on Friday, Aziz said the Prime Minister would also seek support of other countries on the drone issue.

The PM’s advisor said US drone strikes in Pakistan’s tribal belt resulted in loss of innocent lives and were also against the sovereignty and integrity of the country, adding that UN Secretary General Ban Ki-Moon also supported Pakistan’s stance on drone strikes.

Aziz informed the house that both Pakistan and the US had agreed to resume the strategic dialogue early next year. He expressed the confidence that relations which had seen ups and downs in the past would flourish in the years to come.

“Our priority is to enhance trade and economic relations with the US as we are pursuing the policy of trade and not aid,” Aziz said.

Talking about the recent escalation of tension on the Line of Control (LoC), the PM’s advisor regretted the recent tension in relations with India and said Pakistan undertook several steps to defuse the tension. However‚ he said, India did not reciprocate to Pakistan’s overtures.

“Pakistan had proposed joint investigation of violations on LoC but India refused both of our proposals,” Aziz said.

The advisor informed the house that 11 people including eight army personnel were killed and 31 injured in Indian violations on the LoC since January, 2013.

“Pakistan has called upon India to observe 2003 ceasefire agreement for reduction of tension,” Aziz said.

On Kashmir issue‚ Aziz said India always insisted for solution of this issue through bilateral talks but these efforts failed to produce any result. He said the international community should have fulfilled its responsibility for resolution of this outstanding issue for peace and stability in the region.

Talking about Afghanistan‚ the advisor termed peace and stability in Afghanistan vital for peace in Pakistan. He said the recent visit of Afghan President Hamid Karzai to Islamabad remained successful and helped bringing relations to normalcy.

“Pakistan does not believe in interference in the internal matters of Afghanistan. There is no favourite group of Pakistan in Afghanistan,” Aziz said.

The advisor said Pakistan had supported Qatar process and hoped that dialogue process would continue for peace and stability. He‚ however‚ said the regional countries would have to resist from interference in Afghanistan for this purpose.

Expressing concerns over the situation in Syria‚ Aziz said “Pakistan wants resolution of this problem through peaceful means. The UN inspectors are currently in Syria and the world powers should wait for their report,” he said.

“Syria’s territorial integrity and sovereignty should be respected,” the advisor added.

Condemning the use of chemical weapons in Syria‚ he said “Pakistan rejects regime change through external sources as the change should be decided by the Syria themselves.” 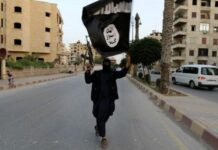 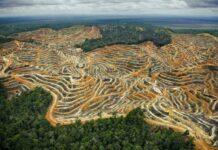 Best of 10 Intelligence Agencies of the World 2022