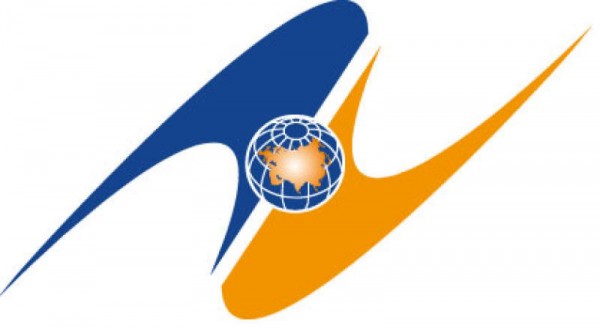 Citing the official correspondence issued by Economic Commission’s press service, news agency added that the agreement on Kyrgyzstan’s Eurasian Economic Union accession entered into force on August 6 and Kyrgyzstan has become the fifth full member of the Eurasian Economic Union (EAEU) along with Armenia, Belarus, Kazakhstan and Russia”, said office of the Eurasian Economic Commission’s press service reports.
It may be mentioned that Kyrgyzstan’s accession into the Eurasian Economic Union protocol was signed at the meeting of the Supreme Eurasian Economic Council on May 8 in Moscow. The protocol on terms and transitional provisions for Kyrgyzstan’s accession was signed as well.
The Eurasian Economic Union (EAEU or EEU) is an economic bloc of former USSR states. A treaty was signed on 29 May 2014 for the formation of EEU by the leaders of Belarus, Kazakhstan and Russia. EEU came into force on 1 January 2015.
According to documents posted on its website, EEU has an integrated single market of 183 million people and a gross domestic product of over 4 trillion U.S. dollars. The EEU introduces the free movement of goods, capital, services and people and provides for common transport, agriculture and energy policies, with provisions for a single currency and greater integration in the future. The union operates through supranational and intergovernmental institutions. The supranational institutions are the Eurasian Commission (the executive body), the Court of the EEU (the judicial body) and the Eurasian Development Bank. National governments are usually represented by the Eurasian Commission’s Council. In addition, all member states participate in the Collective Security Treaty Organization, an intergovernmental mutual defense alliance.

According to him, three of the EEU four countries will have negative growth of the economy. The largest decline is expected in Belarus – 4.2 percent, followed by Russia (2.8 percent) and Kazakhstan (1.9). Small positive trend is expected only in Armenia – 0.9 percent.

“Then, in the next two years there will be a slight increase. For example, in the following year total economy of the integration association will grow by 0.9 percent in 2017 – by 1.3. Meanwhile, Kyrgyzstan is not yet present in the EEC macroeconomic forecasts,” Andrey Lipin noted.

“De facto, economies of the EEU are independent, but strongly linked. The rouble devaluation is reflected in mutual trade. Economies work so that coordinated policy has to be carried out,” he added.