Toronto, Canada: Centerra Gold Inc Canada has released a press statewment in response to statement of Kyrgyz Prime minister who said on Thursday that joint venture of Kumtor gold mines was not in the interest of his country.

Centerra will continue to engage constructively and in good faith with the Government of the Kyrgyz Republic to resolve all outstanding matters affecting the Kumtor Project.

There are no assurances that continued discussions between the Kyrgyz Government and Centerra will result in a mutually acceptable solution regarding the Kumtor Project, that any agreed upon proposal for restructuring would receive the necessary legal and regulatory approvals under Kyrgyz law and/or Canadian law and that the Kyrgyz Republic Government and/or Parliament will not take actions that are inconsistent with the Government’s obligations under the Kumtor Project Agreements, including adopting a law “denouncing” or purporting to cancel or invalidate the Kumtor Project Agreements or laws enacted in relation thereto.

These forward-looking statements relate to, among other things, the outcome of any future negotiations between the parties, including the ability of the parties to agree on definitive agreements with respect to the joint venture and to satisfy and obtain the applicable legal and regulatory requirements and approvals required to affect the restructuring, or to agree on the composition of the Centerra’s Board of Directors.

Factors that could cause actual results or events to differ materially from current expectations include, among other things, political and regulatory risks, including the political risks associated with the Company’s principal operations in the Kyrgyz Republic, resource nationalism, the impact of changes in, or to the more aggressive enforcement of, laws, regulations and government practices in the jurisdictions in which the Company operates, the impact of any actions taken by the Kyrgyz Republic Government and Parliament as a result of the Kyrgyz State Commission on Kumtor, any impact on the purported cancellation of Kumtor’s land use rights at the Kumtor Project, the impact of changes to, or the increased  enforcement of, environmental laws and regulations relating to the Company’s operations; risks relating to the Company’s ability to enforce its legal rights, risks associated with having a significant shareholder, and possible director conflicts of interest. There may be other factors that cause results, assumptions, performance, achievements, prospects or opportunities in future periods not to be as anticipated, estimated or intended. See “Risk Factors” in the Company’s Annual Information Form for the year ended December 31, 2014 available on SEDAR at www.sedar.com.

There can be no assurances that forward looking information and statements will prove to be accurate, as many factors and future events, both known and unknown could cause actual results, performance or achievements to vary or differ materially, from the results, performance or achievements that are or may be expressed or implied by such forward looking statements contained herein or incorporated by reference. 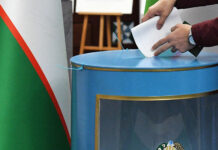 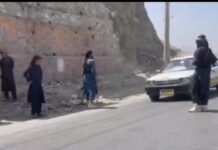 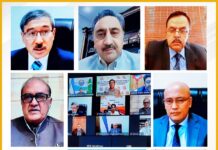