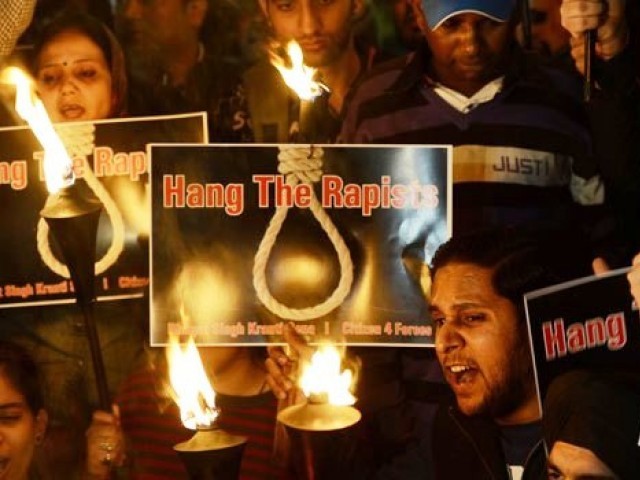 NEW DELHI: In the wake of a brutal gang-rape in New Delhi that sparked national outrage and public began demanding stern action against the culprits, India’s cabinet has approved harsher punishments for rapists, including the death penalty, a senior minister on Saturday.

A three-member government-appointed panel headed by former Chief Justice of India J.S. Verma recommended the changes to ministers after the death of a 23-year-old woman who was savagely raped and attacked in a bus on December 16 and died nearly two weeks later. The case ignited nationwide demonstrations by protesters demanding better safety for women.

The changes include doubling the minimum sentence for gang-rape and imposing the death penalty when the victim is killed or left in a vegetative state.

Law Minister Ashwani Kumar said on Friday that “We have taken swift action and hope these steps will make women feel safer in the country.”

“This is a progressive piece of legislation and is consistent with the felt sensitivities of the nation in the aftermath of the outrageous gang-rape,” he added.