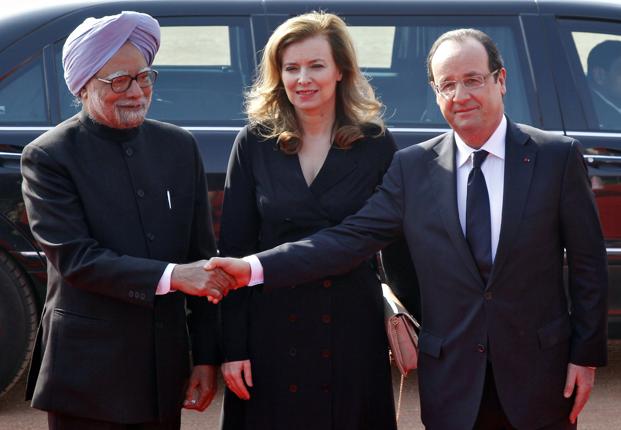 New Delhi: India and France are finalizing  sale of 126 Rafale jets to the Indian Air Force in a deal estimated at over 10 billion dollars by the Indian media. Manufactured by Dassault Aviation, the combat jet was shortlisted by India last year but the negotiations are yet to be concluded.

New Delhi and Paris were also to discuss a pact for supplying six reactors for the Jaitapur nuclear plant in the western state of Maharashtra. Although both deals were to be discussed, they would not be inked during Mr. Hollande’s visit, Indian and French officials said.