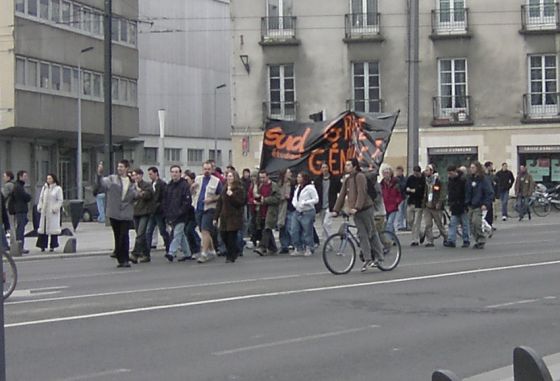 Nantes, France: A 43-year-old man has committed suicide by setting himself on fire in front of a French employment agency in the city of Nantes. Michel Sapin, French Minister for Labour and Employment was of the view that it was a “terrible tragedy”

The man died from his wounds in front of the Pôle Emploi agency, Ouest France reported.

Earlier this week, the man sent two emails to local media, warning that he would set himself on fire after finding out that he was no longer eligible for unemployment benefits.

“Today is a big day for me because i am going to self-immolate in front of the employment agency,” one of the letters read.

He also said he would use five liters of gasoline to burn himself, according to local daily Presse Ocean.

Local police attempted to contact the man earlier Wednesday morning, but said he did not answer.

“A surveillance was set up today, close to the agency employment center. But this man came from a side street. He was already in flames and out of sight of police,” a local officer said.

Philippe Boat from CGT Chômeurs, a branch of the CGT trade union which fights for the rights of unemployed persons, told The Local that France’s benefits system is “inhumane” and its rules had caused the man’s break down.

“This man should have been given money by the Pôle Emploi because he had been working but the staff stuck to the rules and those rules caused this incident. They need to change,” he said. “The system is too complicated…the Pôle Emploi has cut relations with those seeking jobs. Everything is done on the phone or internet which excludes a lot of people,” Boat added.

The number of unemployed persons in France has risen steadily for the past 20 months, and could soon reach the record set in January 1997 of 3.2 million. French President Francois Hollande has vowed to stop the unemployment rate from rising by the end of 2013, and has declared this year “the great battle for jobs.”