The Secretary has been further directed to hold an inquiry to determine as to how Mir Shahjahan Khetran was allowed to resume the charge of the post of MD PTDC on 28th May 2013. The PM Offices desires that an audit of the accounts of PTDC during the tenure of Mir Shahjahan Khetran be conducted in addition to holding another inquiry into various malpractices, including appointments committed during his tenure.

The Prime Minister has further directed that the proposal for appointment of new MD PTDC be processed at the earliest for consideration.

There were reports in media that despite issuance of these orders, Mir Shahjahan Khetran, had been attending his office and performing daily routine work till 3rd July.

Throughout his tenure, Mir Shahjahan Khetran kept four official vehicles under his use which he had allegedly use for election campaign of his wife, his brother as well as that of himself. While remaining a government servant, he even contested provincial elections from BA -17 Barkhan, which he had lost. His election results were still on display on ECP website.

In-efficiency, widespread corruption, trampling of rules, victimization, nepotism and massive appointments without adopting any laid down procedure, despite a ban imposed on under-devolution organizations, huge losses and un-controllable, un-necessary expenditures were hallmark of his two years tenure. He had been attending international tourism events without any proper approval of the (ex) Prime Minister(s) while spending huge amounts on his TA/DA out of commercial income of the corporation.

The employees of PTDC remained on strike or protest against non-payment of salaries, despite regular and special grants sanctioned by the Federal Government from time to time. Employees were seen from post to pillar to get their salaries released but to no avail.  He also fired eight employees without assigning any reason, who cases were in courts.

Two weeks earlier, a situation arouse when employees of all motels of PTDC on strike in the middle of peak season which he could not handle wisely, with the result the corporation is still suffering huge losses.  Due to his in-efficiency, many motels and restaurants are either closed down or running on losses or given to his favourites to run on contract without adopting proper codal formalities, on nominal annual fees.

Employees were demanding the government to probe all these irregularities and malpractices.

It is learned that the Ministry of Inter Provincial Coordination has given temporary charge of the corporation to Mr. Furqan Bahadur Khan, Additional Secretary of the Ministry, who would assume the charge by tomorrow, on the 4th July. 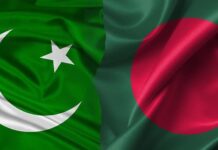 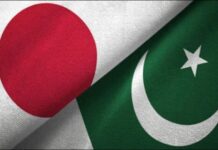