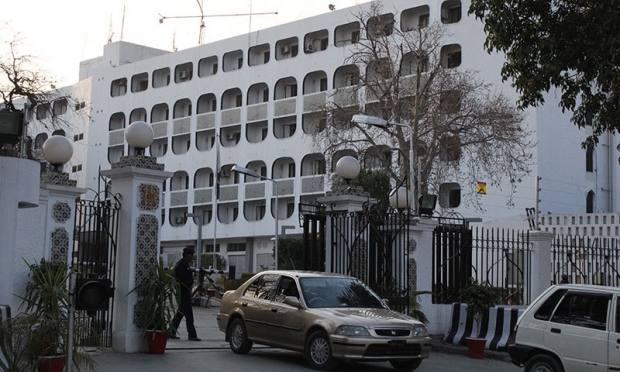 Islamabad, Pakistan: In a state of affairs where United States is claiming non-transparency in CPEC projects and Chinese Embassy in Pakistan is strongly rejecting such claims, response came from Spokesperson of Foreign Office of Pakistan on Thursday during her weekly briefing left a blur scene for readers about who to blame for misguiding readers?

On Thursday, the Spokesperson of Foreign Office of Pakistan during her weekly briefing faced several questions from journalists in reference to statement of Ambassador Wells.

Pointers of questions raised by journalists include:

Pakistan and China are “All-Weather Strategic Co-operative Partners”. We have already underscored that the CPEC is a transformational project. The expeditious completion of the CPEC project is the number one priority of our government. In that regard, recently CPEC Authority has been established to oversee completion of projects across the country.

Since the launch of CPEC, in energy sector, 12 power projects have either been completed or are under construction with total capacity of 7,240 MW and investment of USD 12.4 billion. Another 9 projects are at an early stage with total capacity of 6,390 MW. CPEC energy projects contribute over 14 % of total energy supply in Pakistan, which could be supplied to over 33 million people on per capita power use basis. In addition, these projects have paid about USD 250 million in taxes during construction period and have created over 10,000 jobs.

There are a number of projects that are financed through Chinese grants and concessional loans. To claim that CPEC is always in the form of loans or other forms of financing, often non-concessional with sovereign guarantees is not based on facts. The total CPEC debt is about 4.9 billion dollars which is not even 10% of our total debt.

It is reiterated that CPEC, a long-term project negotiated through multi-tiered processes, has helped address development gaps in energy, infrastructure, industrialization, and job creation in Pakistan. It should be perceived in terms of its enormous economic benefits for the people of Pakistan and our socio-economic development. We believe it is also beneficial in the context of both regional connectivity and prosperity. All countries are welcome to invest in SEZs of CPEC.

Whosoever was listening her answers felt that:

Who will answer straight and with clarity about claims Ambassador Wells is raising against CPEC since a year?