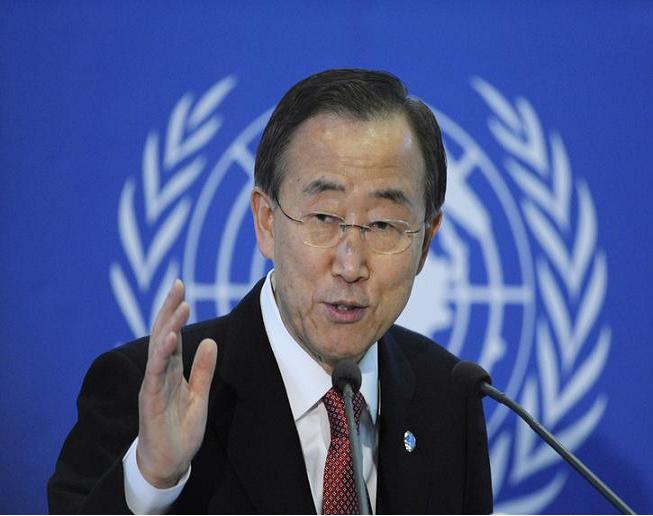 He will attend different Conferences including Fifth Congress of Leaders of World and Traditional Religions in Astana.

According to details, the Secretary-General will arrive in Tajikistan on June 9 where he will attend the opening ceremony of the High-Level International Conference on the implementation of the International Decade, “Water for Life.” While in the capital, Dushanbe, he will also meet with President Rahmon and will visit Lake Sarez.

On 10 June, the Secretary-General will visit Kazakhstan, where he will participate in the Fifth Congress of Leaders of World and Traditional Religions. He will also meet with President Nazarbayev, Prime Minister Massimov, Foreign Minister Idrissov, and Speaker of the Senate Kassym Tokayev.

The Secretary-General will then travel on to Kyrgyzstan, on 11 June where he will attend the opening of the International Conference on “Development of Parliamentarianism.” He will also hold talks with President Atambaev, Prime Minister Temir Sariev and the Speaker of Parliament Jeenbekov, and visit the city of Osh, where he will meet with civil society representatives and local authorities.

On 12 June, he will travel to Uzbekistan, where he will meet with the country’s top officials, including President Karimov and Foreign Minister Kamilov.

The Secretary-General’s final stop in Central Asia will be Turkmenistan, where he will meet with the President and other senior officials. He will also address faculty and students at the International University for Humanities and Development in Turkmenistan.

Central Asia is becoming centre of attention of the world and due to its proximity with troubled Afghanistan after the withdrawal of ISAF from Afghanistan and increasing influence of Islamic State of Iraq and Syria (ISIS) over youth of Central Asia. Afghan Taliban are trying to reach Central Asia while ISIS is actively recruiting Central Asian youth to its fold for Jihad.