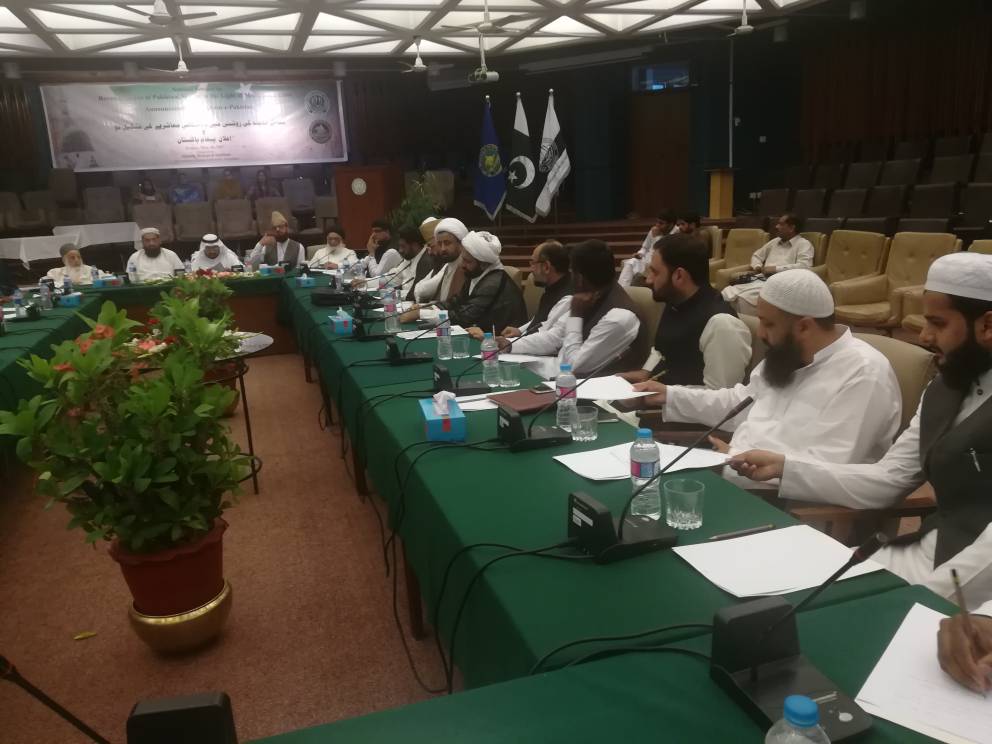 Islamabad, Pakistan: A religious decree (Fatwa) signed by eminent scholars of all five famous schools of thoughts of Islam states that use of power against state or against innocent people is against the teaching of Islam and Jihad is not a name of waging terrorism against innocent Muslims.

President of Pakistan, Mamnoon Hussain attended the concluding  session and addressed the conference. At the conclusion of conference Ulema of all schools of thought unanimously passed Paigham e Pakistan addressing issues of peaceful coexistence, tolerance, Takfir and Jihad.

Ulema also passed a comprehensive and unconditional Fatawa endorsed by prominent Ulema of all five Masalik. Maulana Rafi Usmani read out the Fatwa.