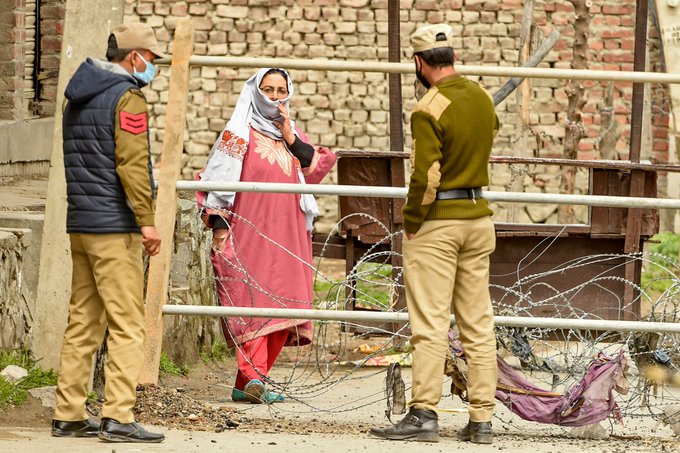 In this photo clicked by photojournalist Masrat Zahra from Indian Occupied Kashmir represents how Kashmiri mothers are virtually caged where one can say two Indian Army soldiers are stopping a single Kashmiri woman to stay at her home and his street is barbed wire.

It may be mention that Masrat Zahra is now facing a case of Unlawful Activities (Prevention) Act (UAPA) for indulging in “anti-national activities” on social media.

Police have accused of uploading anti-national posts [on Facebook] with criminal intentions to induce the youth.